SAI is your one-stop solution for voiceover production in Japan. We cultivate friendly, trust-based working
relationships with the most talented English, Japanese, and other language voiceover artists in Japan. We also work with
top-flight partners worldwide to deliver compelling broadcast-quality recordings in virtually every language you might
require. From our office and studio in Tokyo, we offer script writing and translation, casting, direction, mixing, and
integration with polished final videos. Whatever you need and wherever you need it, contact us for a customized
solution. 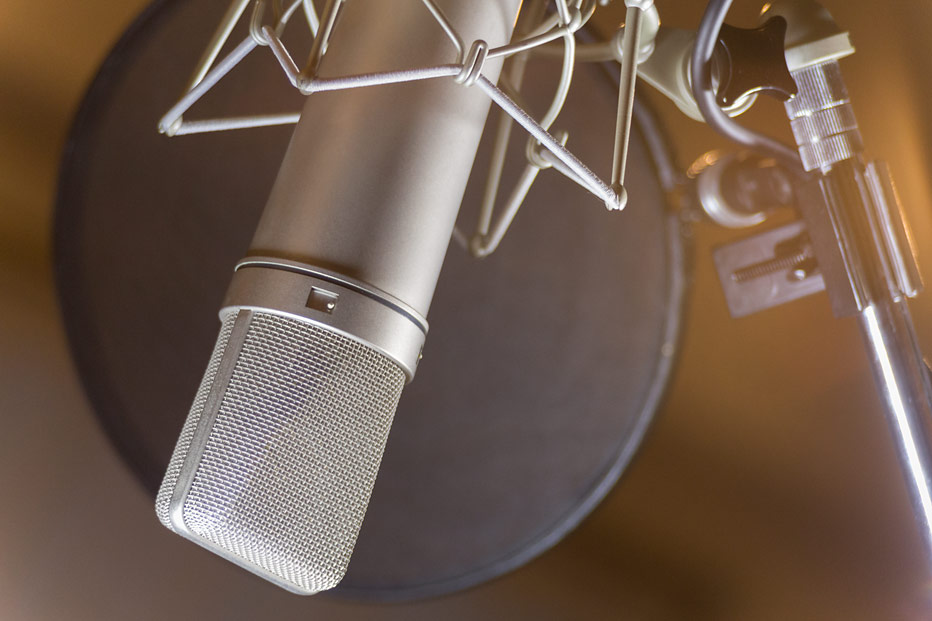 Click a tab to choose category, then expand language/gender options to browse. Click the play button for an audio
sample. Some artists have expanded profiles — click photo for details.

Since 1988, Duncan Macintyre has been the English voice of major Japanese brands. He has narrated numerous TV and radio
commercials, promotional videos, documentaries, and more. (More…)

Jeff’s voice has made the rounds across television and radio, anime and games. From warm, clear tones to exciting
announcements, Jeff’s work is thoroughly inviting. (More…)

Among his vast voiceover experience, Chris has recorded many TV and radio commercials as well as corporate videos. (More…)

Chris is a Tokyo-based professional voice-actor/narrator who has recorded a wide range of TV and radio commercials,
corporate videos, and educational materials. (More…)

Eric has over 20 years of experience working in the television, radio, narration, and voice acting industries in Japan.
He’s also an awarded writer and director. (More…)

Josh has recorded TV and radio commercials and videos for many corporations and educational publishers. (More…)

Jonathan has narrated many TV and radio commercials and corporate videos. He also appears as an actor in TV dramas. (More…)

Greg has toured Japan as a singer, recorded radio and TV commercials, and worked extensively as a bilingual MC. (More…) 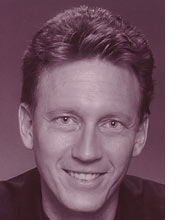 Douglas has a strong background in voiceover, ranging from commercials and promotional videos to documentaries,
educational and entertainment materials. (More…) 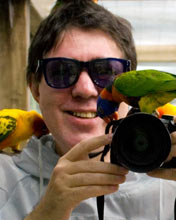 Robb has done voice work on numerous TV and radio commercials for major brands in Japan as well as promotional videos
and video-game narrations. (More…)

Dominic has been active as a narrator for many years, and has been featured in various television programs and
educational textbooks. (More…) 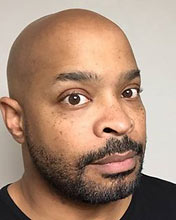 After working at a number of Los Angeles radio stations, Bill works full-time doing voiceovers at NHK and independently.
(More…)

Diego has been voicing video games, corporate introductions, and product promotions since 2014. (More…) 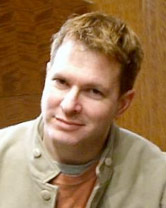 Jack boasts 17 years of on-air experience as a radio DJ in the US where he also took part in commercials airing in New
York and Washington DC. (More…) 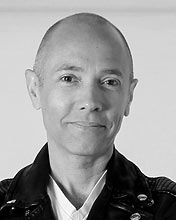 Peter has nearly 20 years experience as a professional voice actor and narrator, beginning in the USA in 1998. (More…)

Daniel gravitated naturally toward language work and from there, into the field of freelance voicework such as
narration, bilingual MCing, and interpretation. (More…)

Born and raised in California, America, Max learned Japanese through television and manga, and came to Japan on a
scholarship from the Ministry of Education, Culture, Sports, Science and Technology. (More…)

While Walter Roberts has many talents, they tend to revolve around expression in one form or another, and voiceover work
is nothing if not pure expression. (More…)

Jamie has worked in commercial FM radio since the age of fifteen in Guam. Since arriving in Tokyo in 1986, he has been a
radio DJ and expanded into narration and MC work. (More…)

Barry has extensive experience in all realms of voiceover. He has provided professional narration for numerous projects,
from television and radio commercials to medical and documentary productions, as well as voicing feature animation film
characters. (More…) 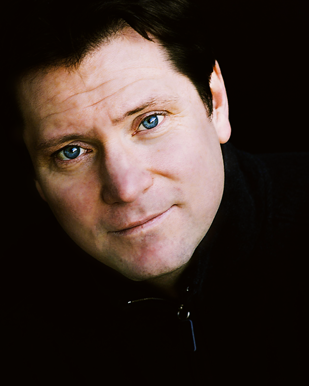 As a voice talent, Jeffrey has done it all, from game characters to recorded radio programming (NHK’s Kiso Eigo series)
and educational recordings to corporate commercials, promotion videos and even a live TV show in Japanese as a weekly
reporter on Tokyo MX TV. (More…)

Bianca has a wide range of experience in recording radio and TV commercials, corporate videos, educational materials,
and games. (More…)

Rachel has recorded many TV and radio commercials and is an accomplished actor and director. (More…)

Deirdre has voiced an extensive list of corporate videos, as well as TV and radio commercials, educational programming,
and announcements. (More…)

Rumiko has performed a wide range of voice work, including narration for documentaries, character voices, singing, and
DJ work. (More…)

Hannah has been a full time narrator, actress, and singer in Tokyo since 2012. She is most famous for her role as Scott
Sensei in the 2014 NHK Asadorama “Hanako to Anne”. (More…)

Jenny has a strong background in all kinds of narration. Her voice can be heard on many TV programs and commercials. She
has also provided voiceover for corporate VPs, events, phone messages, and more. (More…) 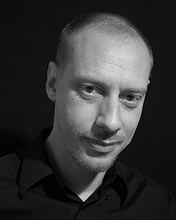 Michael has recorded voiceovers for commercials and videos for many leading corporations. (More…) 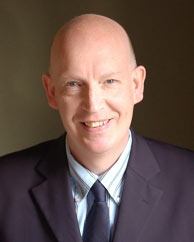 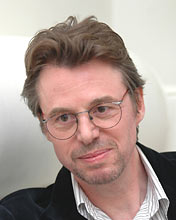 Jeffrey Keeling began voiceover work in Japan in the late 70’s. He has narrated a wide variety of TV/radio commercials
and promotional materials for many major Japanese corporations. (More…)

Philip is an experienced British voice actor who has worked on both narrative and commercial projects. (More…)

Since 1981, Adam has worked as an announcer for NHK as well as voiced a variety of corporate videos and commercials for
use overseas. (More…)

A professional actor and voice artist, Duncan Hamilton has narrated for many major international corporations and
broadcasters, as well as institutions such as the European Commission, United Nations, Olympic Games, and more. (More…)

Stuart works as an actor, MC, and voiceover artist and has recorded numerous TV and radio commercials. (More…) 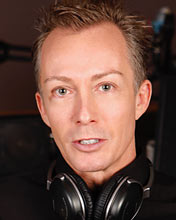 Guy Perryman is an award winning British radio broadcaster, DJ, voice actor and events promoter who has been based in
Tokyo since 1990. (More…)

Since 1995, Brad Holmes has been the English voice of hundreds of TV commercials and promotional videos in Japan. Both
as a singer and a narrator, Brad’s voice has represented major brands both local and global in a variety of campaigns.
(More…)

Emma has recorded numerous commercials and narrated many news and entertainment programs as well as corporate films. (More…)

Rachel is a British announcer, voice artist, and writer based in Tokyo. (More…)

Laura is a long-term resident of Japan. In addition to performing narration for corporate product launch and training
videos, her work has largely revolved around communication, from teaching to organizing events. (More…)

Lynne was trained in theatre during her teens and since coming to Japan in the 1990s has extensive experience in the
entertainment business. (More…)

Born in Japan and raised between England and Japan, Victoria speaks both English and Japanese. (More…)

Donna Burke’s voice is famous throughout Japan and the whole world. In Japan her announcements can be heard on the
Tokaido Shinkansen, on various NHK News and Documentaries and in Tokyo Mitsubishi bank ATMs. (More…)

Hans has done German voiceovers for many TV commercials and corporate videos. (More…)

An accomplished musician and singer, Victor has recorded many TV commercials and corporate videos, and is a versatile
character voice actor. (More…) 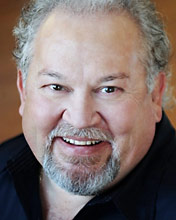 With a voice that’s known for grabbing audiences, C.J. Prater’s exceptional announcing skills have been called upon for
a wide range of voice-over work. (More…)

Since 2002, Rolf has been the German voice of choice for major German and international brands. (More…)

With a scientific and top management background, Ilja has been a film and music producer, international actor,
award-winning musician, and trained VO artist for many years. (More…)

Jordi has over 25 years of experience in voiceover for TV and radio commercials, corporate video, audio books and more.
(More…)

Francesco has over 25 years of experience working with Italian radio and television networks, as well as giving voice to
many documentaries, commercials, medical videos, live news on the radio, and audio guides for tourists. (More…)

Igor has worked for over 30 years as an actor and Russian voiceover artist. (More…)

Based in Bandung Indonesia, and experienced as a DJ, announcer and voiceover artist for corporate video, animation and
more, CG is capable of several Indonesian dialects. 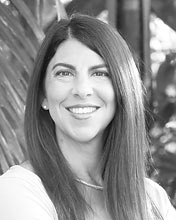 Kim has worked as a professional voice-over artist in Japan since 1991. (More…)

Currently based in Hawaii, Xanthe has 25 years of experience in Japan and the US as a professional voice actor and
narrator for TV and radio commercials, industrial videos and educational materials. (More…)

Working in voiceover since 1989, Jan has provided her voice for many commercials, tutorials, narrations, video games,
and cartoons.(More…)

Among her long background in narration, Edith has narrated videos for Unicef as well as given voice to the MIFFY series
of children’s books. Her voice has also been used for children’s toys. (More…)

Judy provides clear, natural, and warm yet convincing voiceovers for businesses and educators, including TV and radio
commercials, narrations, e-learning modules, audio for explainer and website videos, and message on hold (MOH) for phone
systems. (More…)

Christi Bowen has been doing voiceovers since 1990. She has narrated hundreds of radio and TV spots, phone system
recordings and corporate narrations. (More…)

Based in Madrid, Aurora has done Spanish voiceovers for many TV and radio commercials and corporate videos. (More…)

Marina has worked for BBC Radio in London doing voiceovers, recording poems and other literary works, and acting in
radio plays. (More…)